Aja Broderson (voice) Growing up in a musical household, Aja has been singing since before she could talk! Beginning as a self-taught vocalist, Aja was introduced to the world of vocal methods and technique through her experience at Manhattanville College. She trained in classical voice with Ron Capone during her undergraduate career, performing pieces in German, Italian and French. She discovered singing as a physically holistic experience, allowing her to develop the foundational technique that she shares with her students. She has participated in the Manhattanville Chamber Choir, Women’s Chamber Ensemble, Jazz Ensemble, cabaret workshops and Musical Theatre Ensemble. Working with Jon Cuk allowed her the opportunity to tour Rome as a member of the Women’s Chamber Choir in 2012 (where she got to eat lots of spaghetti, for which she is also thankful). After acquiring a bachelor’s as well as a master’s in teaching social studies, Aja has taken every opportunity to perform and teach voice. She performs locally in musical theatre productions as well as performances with her jazz group, The Downtown Express. She has had the privilege of working with Lindsay Mendez, who has starred as Elphaba on Broadway in Wicked. She hopes to inspire her students the way Lindsay has inspired her. She is currently pursuing a career in musical theatre, but teaches many genres including pop, contemporary and jazz. She believes in vocal versatility and encourages all students to explore different aspects of their voice. Her ultimate goal for her students would be for them to have fun in her lessons! 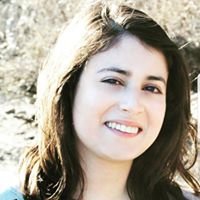